Localize the Impact of Fire 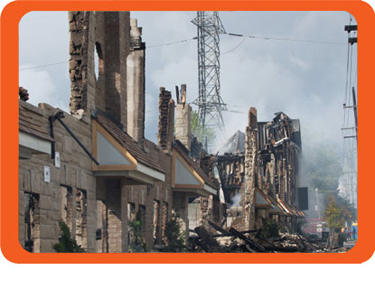 Demonstrate the Cost of Blight

Help leaders in your community understand how burnt out buildings often stand for weeks or even months before being demolished or restored. The sight of an abandoned building can depress property values and degrade the quality of life for the surrounding community. They can become dangerous as children are tempted to explore them and as centers for criminal activity or illegal trespass.

Show how oftentimes, businesses that suffer significant fires never reopen. This results in lost jobs. It reduces local tax revenue and can impact the community’s ability to attract tourism and industry. The company no longer has a need for local goods, services and products; and unemployed workers curtail their local spending and increase reliance upon social services. These are typical results and they remind us that fire’s impact has a long reach throughout the community.

A study in Austin, Texas, found that “blocks with unsecured [vacant] buildings had 3.2 times as many drug calls to police, 1.8 times as many theft calls, and twice the number of violent calls” as blocks without vacant buildings.

More than 12,000 fires break out in vacant structures each year in the United States, resulting in $73 million in property damage annually. Most are the result of arson.

A 2001 study in Philadelphia, Pennsylvania, found that houses within 150 feet of a vacant or abandoned property experienced a net loss of $7,627 in value.

The Environmental Cost of Fire 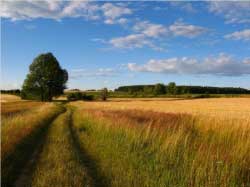 Fire department suppression requires the use of tremendous quantities of water under high pressure. In addition to water usage, the runoff can be damaging to the environment. Fires also generate large volumes of solid wastes that have to be disposed of in landfills.

Prevention efforts can dramatically reduce the impact of fire on the environment by reducing pollution, saving water and limiting the waste that enters landfills. As one example, according to the 2010 report, Environmental Impact of Automatic Fire Sprinklers, published by FM Global as part of its joint research effort with the Home Fire Sprinkler Coalition, greenhouse gases can be reduced by 98 percent when fire sprinklers are installed.

“The methodology shows that in all occupancies, from residential dwellings, to office buildings, to high-hazard facilities, the lack of proper risk management and effective fire protection, e.g., automatic fire sprinklers, statistically increases carbon emissions over the life cycle of the occupancy.”
– FM Global